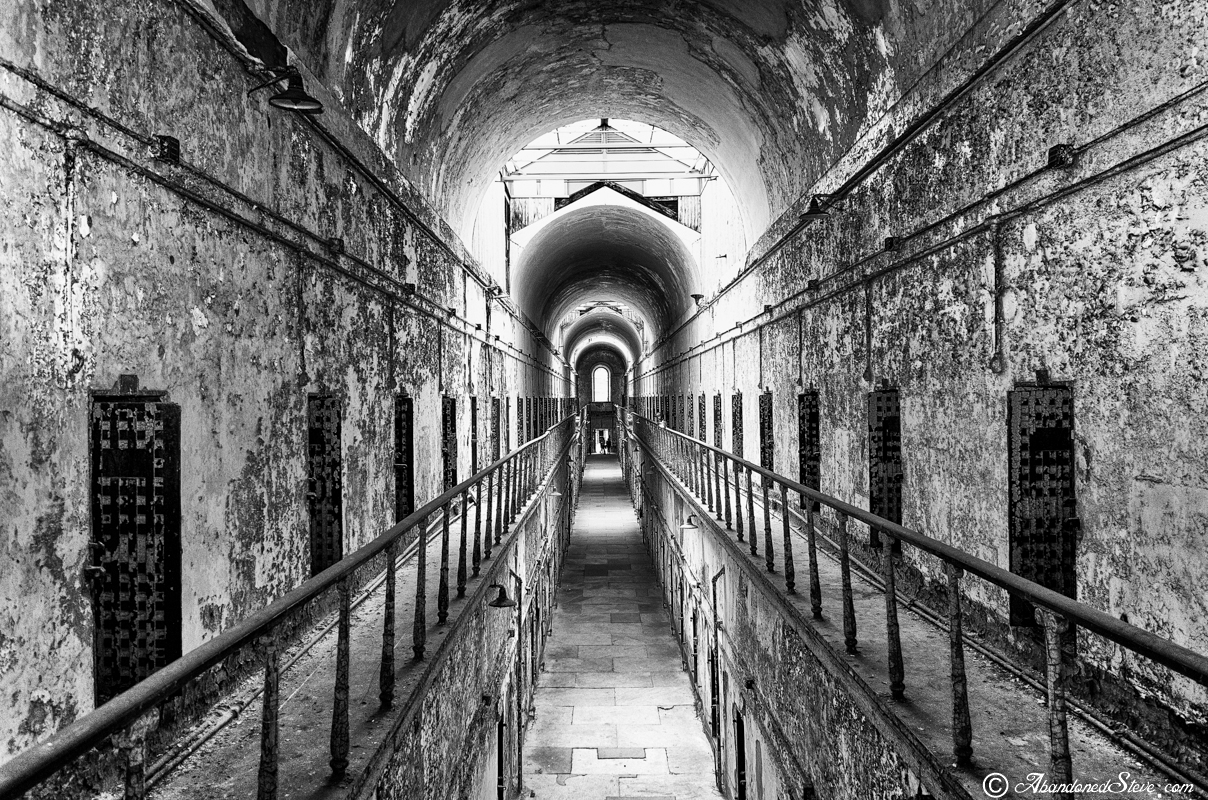 Eastern State Penitentiary is known to be one of the most haunted and oldest prisions to date. Opened in 1829, this was known as the most expensive prison every built in America at that time. It even housed the famous american gangster, Al Capone. It closed in 1971 and is now owned by eastern state preservation group. Besides punishing the criminals inside it walls, it also was created to move the criminal toward spiritual reflection and change. The method was a Quaker-inspired system of isolation from other prisoners, with labor. The early system was strict. To prevent distraction, knowledge of the building, and even mild interaction with guards, inmates were hooded whenever they were outside their cells. But the proponents of the system believed strongly that the criminals, exposed, in silence, to thoughts of their behavior and the ugliness of their crimes, would become genuinely penitent. Thus the new word, penitentiary. Source: http://www.easternstate.org