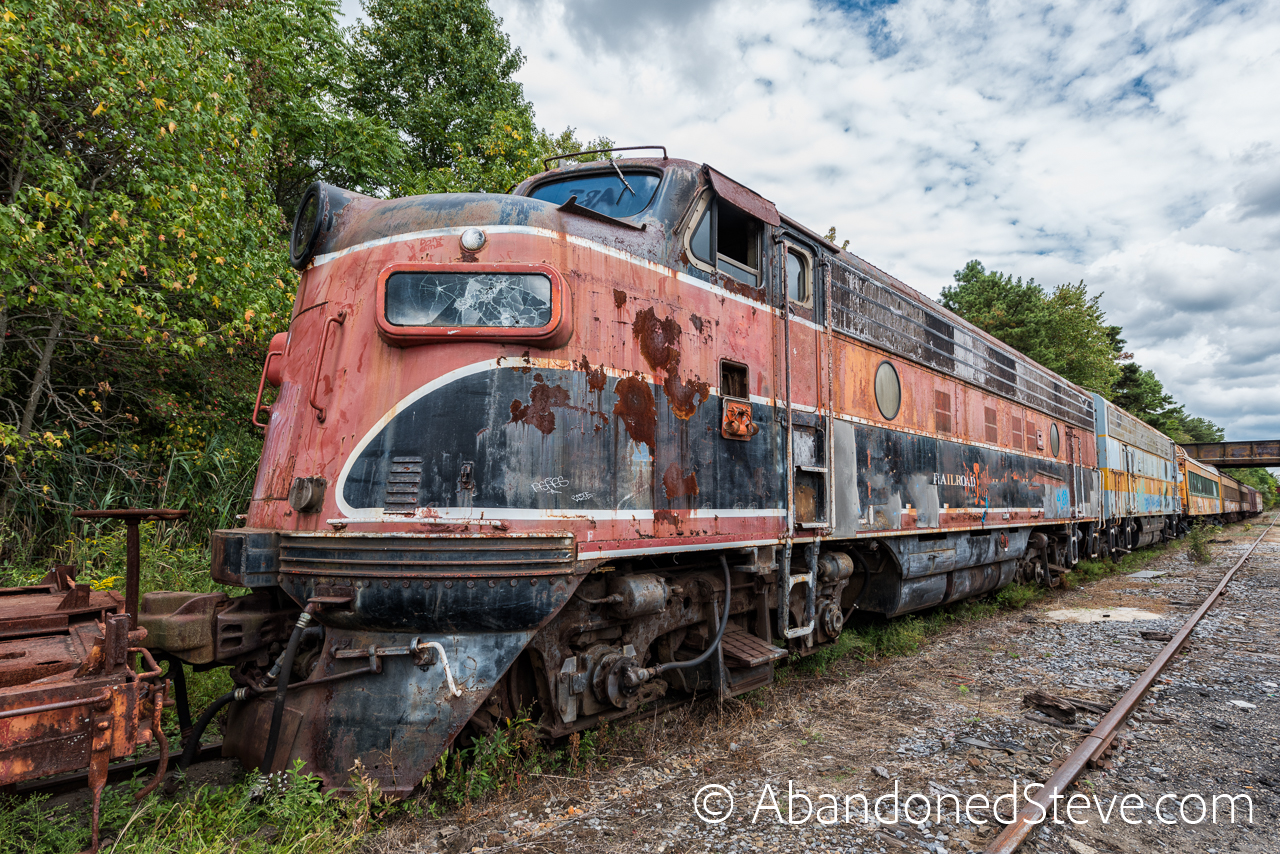 Built: 1930s - 1970s
Abandoned: Out of Service 2000s
Location: US
Status: Out of Service
Reason: FRA Rules / No use
Haunted: No
Built in various year between 1930s-1970s these no longer in service locomotives and coaches are sitting and rotting away. Why they are sitting is unknown, but it is said that the locomotives were taken out of service due to new FRA rules restricting use of friction bearings. Although there was not a lot of locomotives, there are two 1950s Built EMD (Electro-Motive Diesel) F7a Locomotives and a Switcher Diesel. There is many various coaches from dining cars, caboose, baggage car and lastly there is a Budd Car. The equipment belongs to a railroad but from the looks, you can see not much is being done with them and taggers / vandals have been here doing their destruction. As a major railroad guy, it saddens me seeing these beautiful monsters being destroyed by some stupid kids!

SOME PICTURES I TOOK WHILE THERE. CLICK ON THEM TO VIEW BIGGER.