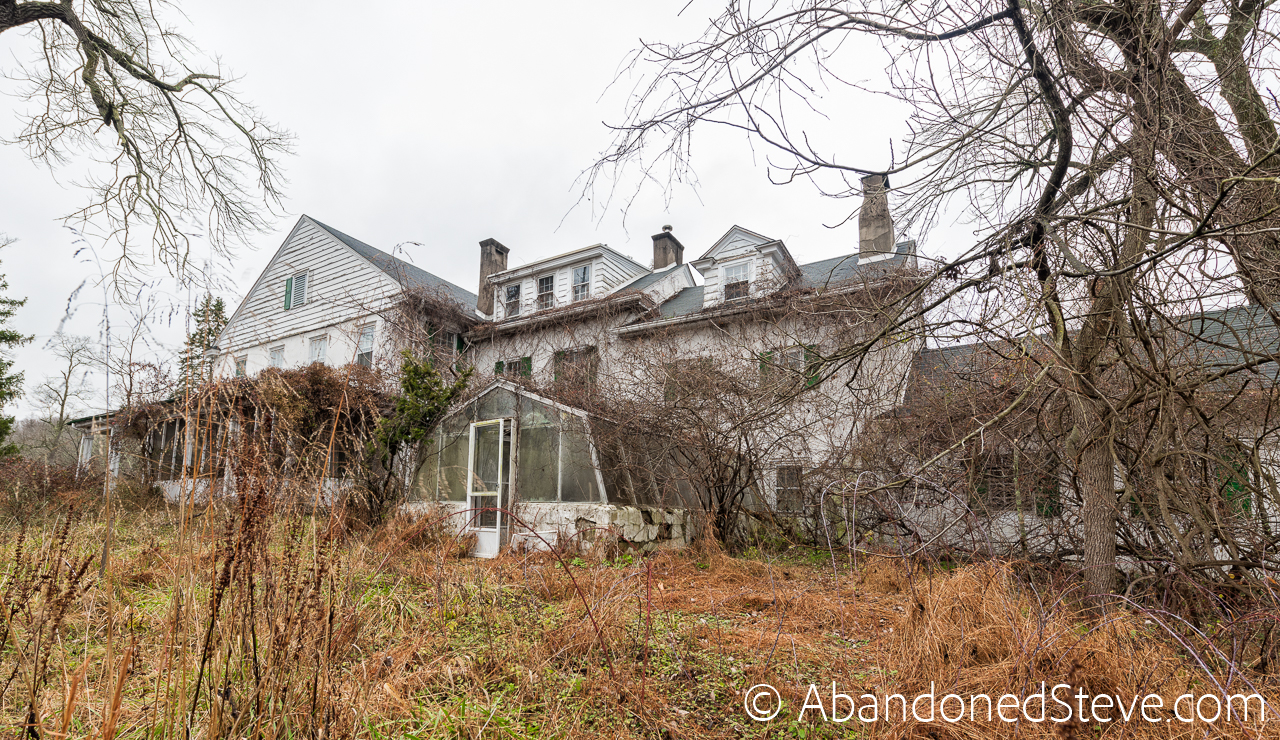 With the original colonial portion of this house built in the late 1700s, this massive home sits abandoned on 45 acres of old horse farm land. The original part of the home still exist. As you will see when browsing through my photos, it’s in the middle of this home. Additions were added on later and the main mansion part of the home was constructed in the 1850s. The home looked different today then it did 100 years ago. The main construction / layout was still the same, however the roof was different. Not sure exactly when the roof was changed out to what it is today, but the old roof style it had was always know to hold water and rot out which could be the reason it was changed out. The barn in the back is the original horse barn. It’s said that champion horses were trained here. The last known owner of this home lived here for many years. When she grew old, she spent her life in the kitchen area of the house while her grandkids took care of her. Sadly when she passed away, so did the house. Her grandkids continued to live in the home but shortly decided it was time to sell. The house and the land was put on the market in 2008 for 4.5 Million US Dollars! 2008 was the worst time for the housing market. This is one reason why so many of these old colonial style homes ended up vacant due to the cost of upkeep. Of course no one was interested in the house except the famous Toll Brothers. However they weren’t interested in the house, instead they were interested in subdividing the land for newer home development. On the entire property, there are marker sticks in the ground. It is said they were planning on demolishing this beautiful home. However not much has happened and I am not sure if they are still interested in the land or backed out as the public records don’t show them as current owners. Today the house is going down hill. Over the past few years, people have started going into the home and stealing stuff. Windows are broken and doors are busted open for over a years time and no one has come back to fix it. Mold is completely taking over this house as you can see in the photos. One odd thing was that power was still on in this house. The current conditions, broken windows, and broken doors lead me to believe that whomever is paying the electric has not come back to this house ever again to see it. It’s sadly in terrible shape and said to be very haunted! Thanks to John Walker for providing me with some historical information.

SOME PICTURES I TOOK WHILE I WAS THERE. CLICK ON THEM TO VIEW BIGGER